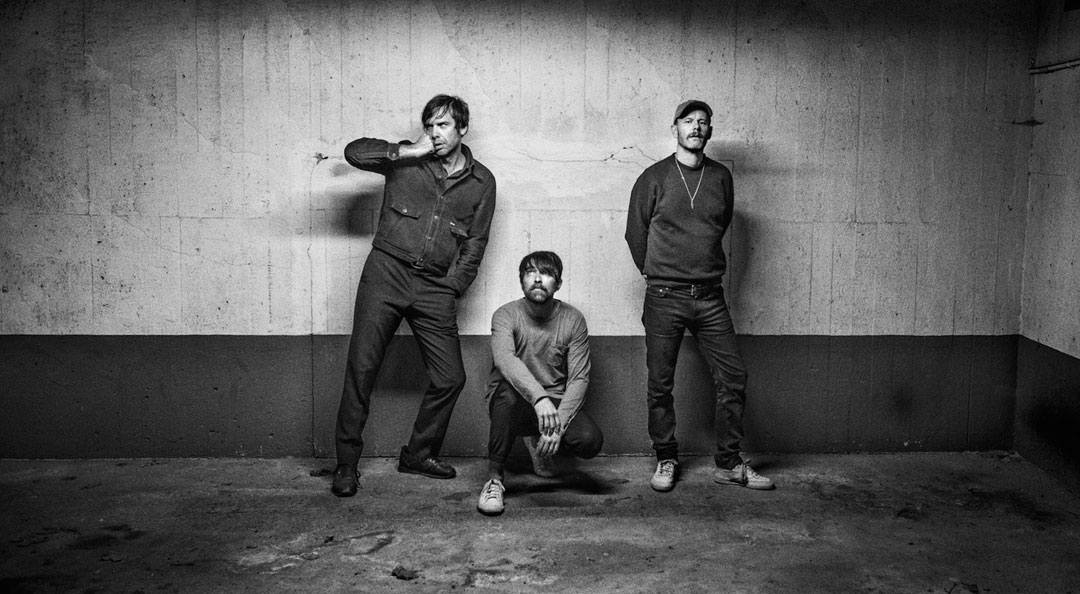 We have waited much less this time around, for a brand new album from the mythical indie pop trio based in Stockholm with the INGRID music collective. While we had to wait patiently during five years to hear 2016’s Breakin’ Point, it will have taken only two additional years to obtain the brand new Darker Days. If you are not yet familiar with the band, it consists of Mora-born frontman and guitarist Peter Morén, Björn Yttling, bassist and secondary singer from Umeå and Hortlax’s own legendary drummer John Eriksson. They have become indie music icons across the entire globe starting from 2006 with the release of their album Writer’s Block, and have never ceased their activities since 1999.

This year, they are back with an album that is the result of a strong collective effort, since every member has written, composed or sung in at least one track. We can therefore find eleven songs, each of them with a rather obscure theme, which corresponds quite nicely to the record’s title, and that still follows the famous winning pop recipe of the band. However, we also have the privilege to hear a beautiful diversification of their style the more we get into this fascinating musical collection that will certainly attract a few new fans and solidify the trio’s already-rock-solid concert playlist.

Hit Song : One For The Team
Of the three singles that were released simultaneously shortly before the release of the album, One For The Team was the one featuring Peter. It is undoubtedly the one in which the lyrics and melody and the catchiest. A confident composition, this track arrives in the opening of the album and differs considerably from the next ones because it offers a rather joyful and comforting melody.


Strong Link : Velvet Sky
The strong link is never an easy choice, but this time the deicision stops on Velvet Sky. Recalling the lesser-known songs of the band’s early records, this track is a magnificent composition featuring Björn as lead vocalist. With a minimalistic but still finely pop instrumentation, I would clearly choose this song as the most representative of this grey-tainted album.

Personal Favorite : Heaven and Hell
What a superb way to end an album! Heaven and Hell is a heartwarming ballad that comes to conclude a flawless album. The three members participate their own special way within these few minutes that softly reveals its colors and finishes with a small piece of synthesizer that brings us back to the very beginning. You have to listen to the entire album to seize all of its delicacies!
0